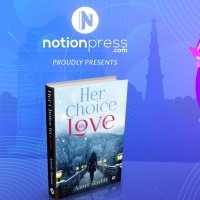 This is the silver lining you have been looking for~

The best words coming together to become tales

Don't go with the flow, create your own.